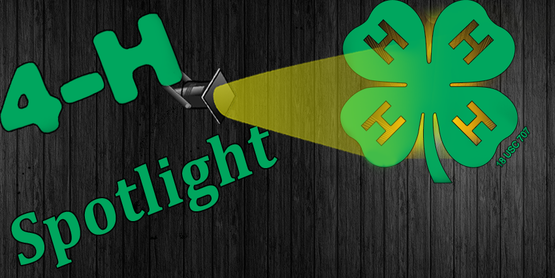 4-H-ers have been working hard all year long and there are some amazing projects/accomplishments we would like to share. 4-H Spotlight is a space for 4-H-ers from both Clinton and Essex County to showcase all they have been up to as well as touch on the wonderful experiences they have had in 4-H.

Hailey has been in the Milk Dippers 4-H club for 5 years! She began as a Cloverbud and is now a junior. Hailey and her family found the 2020 4-H STEM Challenge: Mars Base Camp and had to take a part in it. The mission was for youth to learn more about the condition of Mars while also designing and using steps of the engineering process to design and solve a problem. Hailey said that her favorite part of this project was, "the hands-on" parts and getting the opportunity to "learn how to make it work on her own."  Excellent job, Hailey! 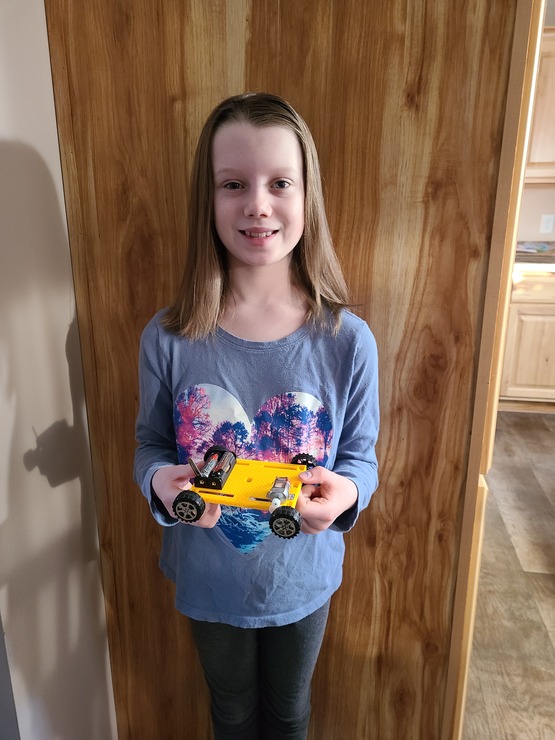 This was Micah’s (7) first year really participating in 4-H. He was intrigued by dog handling which he had watched his sister practicing at home. This spurred him to join the dog club and handle the family dog, Gryff. 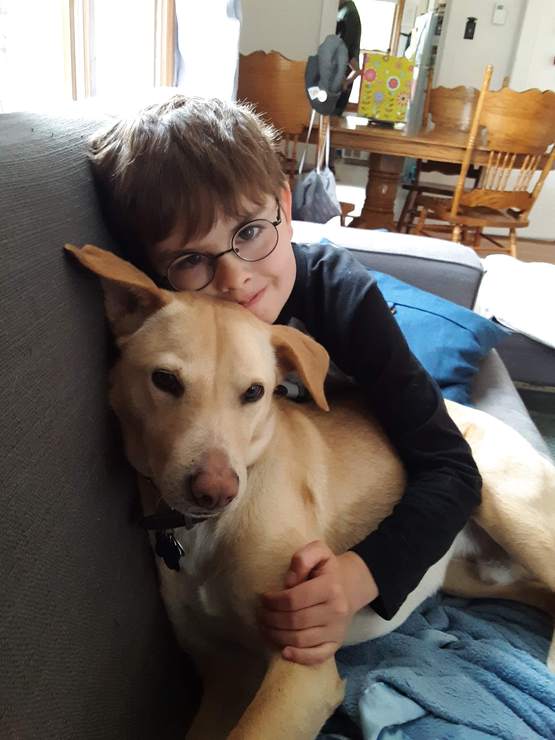 This was great for his relationship with the dog and confidence (for both the kid and dog).

Since he was considering showing his dog at the fair, he chose to do a presentation on dog’s needs. He made a display board and formed a presentation with both formal facts and personal remarks. After much practice, the day arrived, and he was able to deliver his presentation to a small supportive group. The volunteer judges were very encouraging, and he left feeling very proud and gaining a lot of confidence in public speaking.

This spring when Micah’s classroom went virtual, students were given an extra credit opportunity to do an animal research project. He chose Orangutans, again created a display board and formed a presentation that included formal facts and some points of interest that intrigued him. We began multiple practice presentations and were able to record it at home and submit. It really turned out well! Thanks to 4-H and public presentations, he understood the expectation and had the experience to execute the task.

Ava (12) has been in 4H since she was five years old. She is also a member of the NAC FFA chapter and between the two, she has shown dairy cattle, rabbits, and beef cattle, with her focus becoming beef cattle in recent years.

Ava has shown at The Big East Jackpot , The Coby Classic Jackpot, the NY Junior Beef Producers Fall Festival, as well as many shows and fairs in multiple NY counties.

Ava currently owns about 50% of the family farm herd, which consists mainly of registered Hereford cattle as well as some crossbreed, club calves. 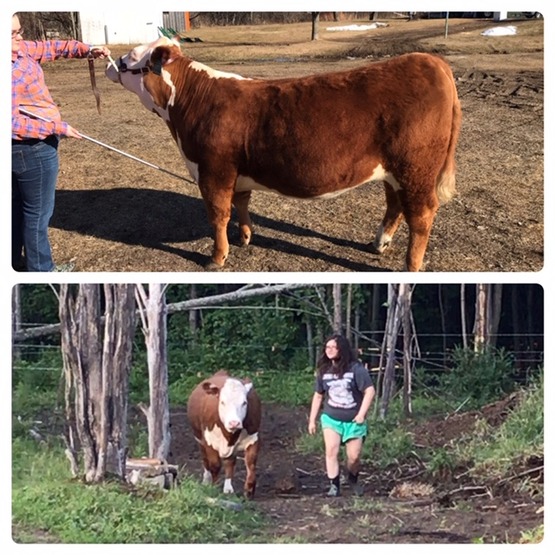 Lady Godiva has been completely broken and trained by Ava and the two have shown together since Lady Godiva was a calf. They have won many showmanship awards together. This summer Lady Godiva would have been shown in showmanship classes as well as breeding aged heifer.

This black and white heifer is Yuki (pronounced YOU-key). 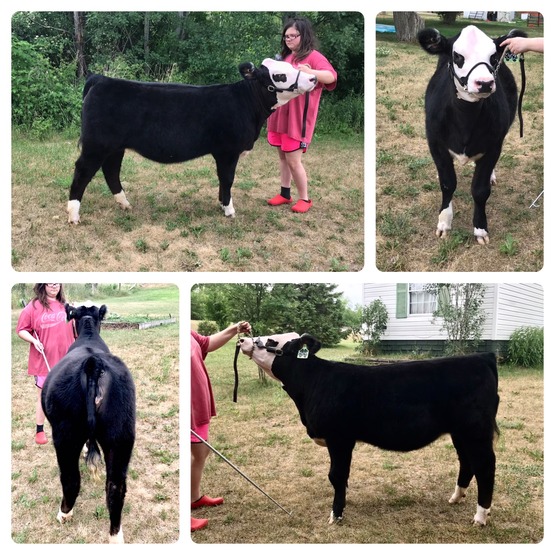 She is a bred and owned club calf heifer and is a mix of many breeds, including Hereford. Yuki is being trained to be a showmanship animal for next season. Ava and Yuki have been competing in virtual shows this summer.